Although I can still hear the words being thrown my way, at that moment it didn’t earn my full attention.  The words were not spoken out of admiration. They were intended to intimidate.  Yet I stood there focused on another person in the room whom I had originally gone to comfort.  The accusatory voice coming from the one who was now pinned up against the wall did not phase me as I knew its source.  It was pure evil.  But I chose to ignore it.  The person against the wall was a dear friend.  The voice was not that of my friend, but a spirit that was attempting to control my friend as well as distract me from my mission.  That spirit was not going to win.  Not on my watch!  And not while I was in the room with others who also were precious to me……..and precious to my Father.

Years have passed since that evil spirit called out my name.  Looking back, I now rejoice at the changed lives represented in the room that day.  Each of them I consider as valued friends.  From the broken person whom I went to comfort, to the one who was pinned, to those observing, and yes, even to myself, each of us have grown much since that day.  However, just recently my Father revealed an important truth to me.  Often I’ve looked back on that day and wondered why I did not address the spirit.  In Christ I have authority to cast out demons.  But I stood there, glanced its way, then asked someone else to intervene while I focused on my original purpose.  I’ve questioned myself often, attempting to judge as to whether my actions were out of fear or lack of confidence.  Recently while pondering on this again, I heard another voice, that Still Small Voice, whisper, “He knew your name.”

Time stood still.  I looked off and let those words sink in deeper.

“He knew your name.”

“He knew your name because you know MY NAME.”

Whoa!  That’s it!  Our enemy knows who we are if we purpose to KNOW HIM!  Not just know His Name, but KNOW Him……..who He really is.  Like the account in Acts. Intimately.  Passionately desiring a deeper relationship with our Savior.  Through that relationship comes the understanding of the authority we have over evil spirits.  Demons tremble just hearing His name!  And they are aware of people who live by that Name.

In Acts 19, we read the account of a group who knew of Jesus.  In our day we would call them ‘name droppers.’  They had heard, and probably had witnessed, the miracles God preformed through Paul.  The group of men were known to be exorcists, but one day they “took it upon themselves to call the name of the Lord Jesus over those who had evil spirits.“ (v13)  The result was not something they expected:

Their attempts had failed.  They ‘name dropped’ without actually knowing the Person. For me, as the evil spirit called my name, he acknowledged to those in the room that I had an active, solid relationship with my Creator.  The spirit who wanted to accuse  became a character witness on my behalf!  In a season of my life which I was at times struggling with my understanding, He chose to let me know that even my soul’s enemy saw that I still clung to the only rock of my salvation – JESUS!

As the impact of this realization hit, I closed my eyes and breathed to my Lord, “He knew my name.  Lord!  He knew my name!  Because I made You my everything, he didn’t ask for my name.  He called my name.”  It’s a humbling thought to recognize that God trusts you in such a situation.  That’s what the writer was referring to in Psalms 91:

“He who dwells in the secret place of the Most High shall abide in the shadow  of   the Almighty………….(you) shall not be afraid of the terror by night………….Because you have made the Lord, who is my refuge, even the Most High, your dwelling place, no evil shall befall you…………………you shall tread upon the lion and the cobra, the young lion and the serpent you shall trample underfoot.”        v1,5,9,13 NKJ

It’s all about relationship.  Relationship with Jesus grows as we choose to learn more about who He is and what is important to Him.  He is more than just a name to cry out as a way to escape an uncomfortable situation.  He is the strength that helps you walk through that situation.  He doesn’t promise to keep the evil from ever fighting against you.  The promise is that the evil will not win over you because He will hold your hand and give you the strategy to overcome evil.  Our battle becomes His.

There will be no complaints if I never hear my name called again by an evil spirit.  But should it occur, I have confidence in knowing My Center.  He is the Rock which I have chosen to build my life upon.  My strength, my understanding, my everything comes from knowing Him.  My goal in life – to make Him known.

And most importantly He, Jesus, KNOWS MY NAME!  Does He know yours? 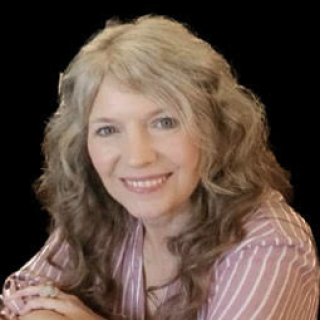