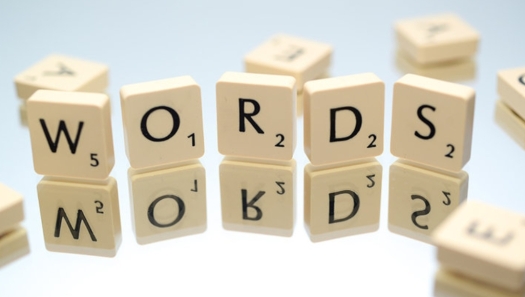 Every thing we do matters to God.  Every word we say counts.  He is listening.

And yes.  Each of us are ‘big enough’ to get in God’s way.  No.  We are not bigger than Him.  But our pride, arrogance, or even fear can be big enough to alter His divine plan for us.  How can I say this?  Because I see it throughout the Bible.

First story that comes to my mind is Miriam.  Numbers 12 tells us that she and Aaron were complaining about Moses’ Ethiopian wife.  Although we do not read what the exact complaint was, God heard it.  And Miriam must have had more to say than Aaron did because God took action towards her.  Result: Miriam’s attitude kept an entire nation at a standstill for a week.  Over 2 million people were effected because of the attitude of one person!  And on top of that, they all knew she was now covered with a vile disease and made to sit outside the camp.  Outside.  Alone.  In the sight of  two million people.  Talk about pressure!  And humility.  All ego is lost on that one!!

Next – Canaan.  Moses sent a group to look over the land and bring back a report.  Only two reported in God’s favor.  The rest saw defeat.  Here was a nation that had just seen an entire sea part in order for them to walk across.  And on dry land.  No mud.  Before the dry sea experience, they watched Egypt’s plaques fall from God’s hand.  But now they were declaring defeat and saying they would die in the wilderness.  God heard their words.  Instead of gaining a life in the land God promised them, they died in the wilderness.   Why?  Because of their own words.  God clearly tells Moses what He will do.  Numbers 14:28,  “So tell them that as long as I live-consider this to be an oracle from the LORD-as certainly as you’ve spoken right into my ears, that’s how I’m going to treat you.” (ISV)   From our lips to God’s ears!  For that group, their complaining sentenced them to life and death in the wilderness.

What about Job’s  friends?  They did not speak encouraging words to Job, but attempted to analyze the situation with their opinions of  why Job was going through his trial.  Ever been there?  I recall a time of feeling as if I had to jump through one more hoop, repent of one more sin or attitude, or pray in another manner, all to get the outcome I was seeking.  Yet none of the voices around me actually had God’s take on my situation.  Just opinions.  Job’s friends found out God’s thoughts on their opinions when God’s voice thundered down, demanding their repentance.  God defended His own name.  And He defended Job, the man whom the others were determined had sinned and caused the trials in his life.  Again, can you imagine hearing God, and everyone in the room hearing Him, audibly rebuke you from heaven?  Lesson learned!

Then there was Saul.  He couldn’t wait for Samuel before killing the lamb.  One more hour.  That was all.  If he had waited one more hour, Samuel would have arrived to offer the needed sacrifice.  But he chose to make a sacrifice himself.  Result?  A nation was divided into two kingdoms.

David.  His sin caused the death of his baby and an uprising in his own family.

Thankfully we have examples of positive altering of time as well.  King Hezekiah gained 15 years to his life! Just because he turned his face to You and through tears made his appeal.  Abigail’s quick action to appeal to David saved him from killing Nabal.  Sun stood still for Joshua.  The Canaanite woman cried out for her daughter’s healing and stood her ground when her lowly status was mentioned.  Her actions were seen as faith and her daughter was healed.

“Death and life are in the power of the tongue: and they that love it shall eat the fruit thereof.”  Proverbs 18:21

Words really do matter.  It’s like that moment of heaviness among a group of friends, until, out of nowhere, one person makes a comment that releases a breath of joy.  The result of encouraging words bring relief to those that hear them.

A few moths ago I started dwelling on this topic.  I had read a post stating something to the effect of, “God is too big for you to get in His way.”  It seemed so profound to me at the time.  Not long after reading it, I sat across a room with another couple.  He must have seen the same post.  His wife was concerned that they were in God’s way of a matter they had been praying about.  He looked at her and asked, “Do you really believe you are big enough to get in God’s way?”  And I started thinking of their situation, recalling the prophetic words they had been given and the circumstances that had blocked those words from coming forth.  That’s when I realized, yes.  We CAN get in His way.

See, God will never break man’s will.  He gave us free will for a purpose.  And there are times that other people’s involvement can change our outcome. We’ve all been there.  That time when we were given prophetic words that never came to pass.  And sometimes we look back and realize it didn’t happen because not everyone involved cooperated with the Spirit.  Unfair?  Often, yes.  But God will always find a way to refine us through those disappointing times.

As I have weighed this out recently, my goal has become that of choosing to speak life.  If I believe God will give me what I say, then I want to speak what is good.  But the key is also to speak what He speaks, then we know we are speaking forth what is to be HIS will in a situation.  What if each of us vowed to be ‘slow to speak and quick to listen’?  What if each of us kept our spirits open to the voice or nudging of the Holy Spirit before we spoke?  Could we really make a difference in our situations?  Or change the atmosphere around us?  The thought that my words can have a ripple effect on the future is powerful!  Every action, every word, it all matters.  We either speak life into a situation or we speak death.  And  God gave us the ultimate example of speaking life.  He SPOKE this world into being!!

Let’s speak life!!  Let’s change the future for the positive!  Let’s align our words with the Spirit and bring about God’s plans for our lives!  Let’s be like Hezekiah and add God’s blessing to our lives today!!